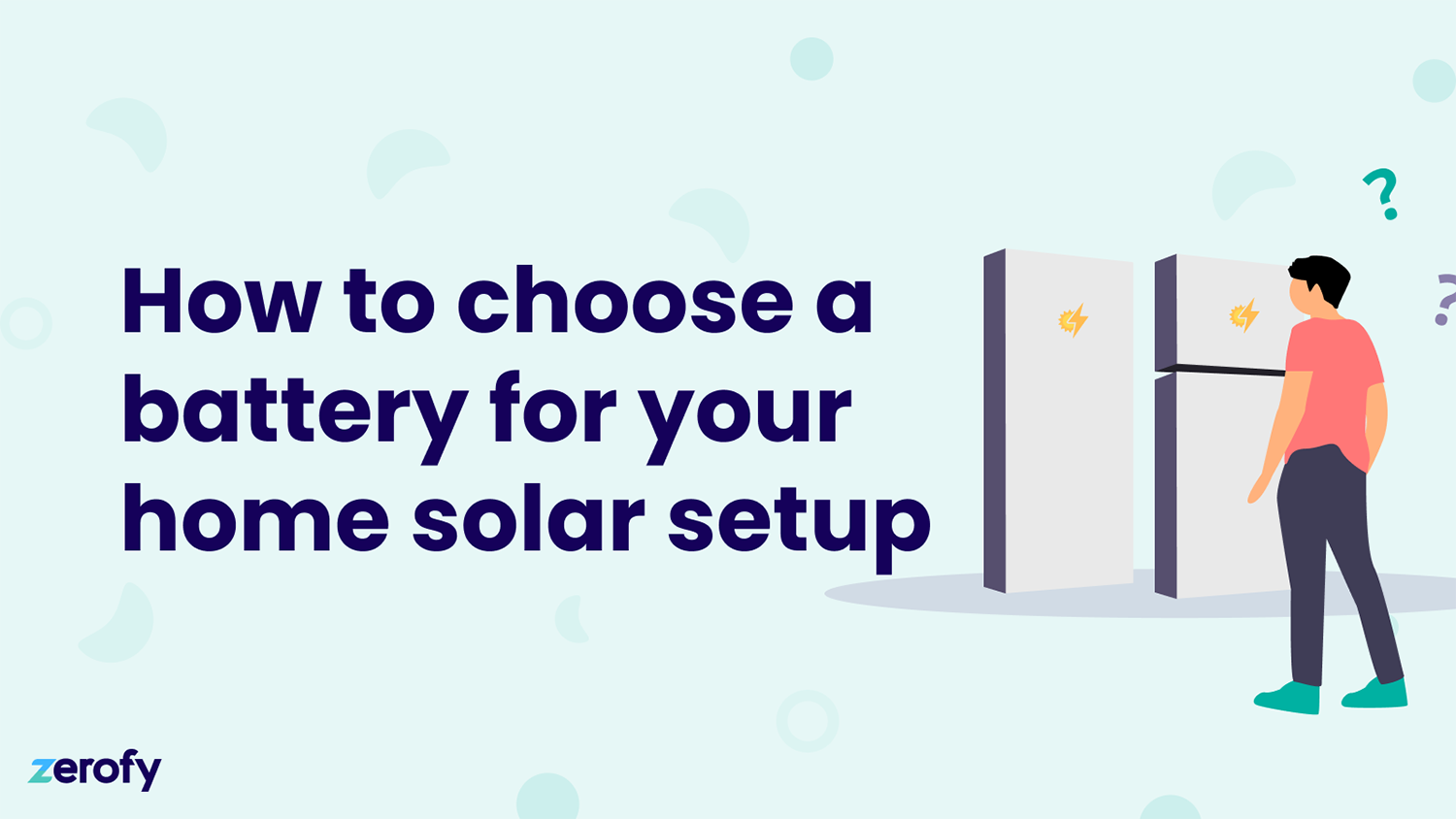 Batteries are increasingly becoming a key component for smart electrified homes. Just a few years ago home batteries were mostly for people who needed electricity in remote cabins or who were living in areas where blackouts were common. Now, the main incentive for people to buy batteries is to maximise their own generated solar electricity consumption, in places where there are no problems with the grid supply. There are countries where there is very little compensation for feed-in of solar electricity, but the electricity bought from the grid costs many times more.

Batteries are often installed not only for economic reasons but because house owners like the idea of being independent of the grid and using their own resources as much as possible. This is a great way to reduce the emissions of your consumed electricity as you know exactly where the stored electricity is coming from.

If you’re considering buying a home battery, there are some key factors and characteristics of batteries to consider. Let’s have a closer look at the topic.

Correct sizing of your home battery

For sizing of your home battery, there are several simple approaches. If your main purpose for getting the battery is to maximise your own consumption from your solar plant, you have to look for the daily grid feed-in data. You likely won’t use all the electricity that is produced around midday. Sum up the kWh-s that you are feeding to the grid but could store and use later on your own. You’ll probably have to eventually pick a smaller battery as it might be too costly to store all the daily excess solar energy.

Another approach is to size the battery for back-up support that could be needed in the case of a grid blackout. Determine the power required in watts by the most critical appliances that you would still need during a blackout. To find out the battery energy capacity in kWh-s, multiply it with the hours that you would want to ensure sufficient supply from the battery. 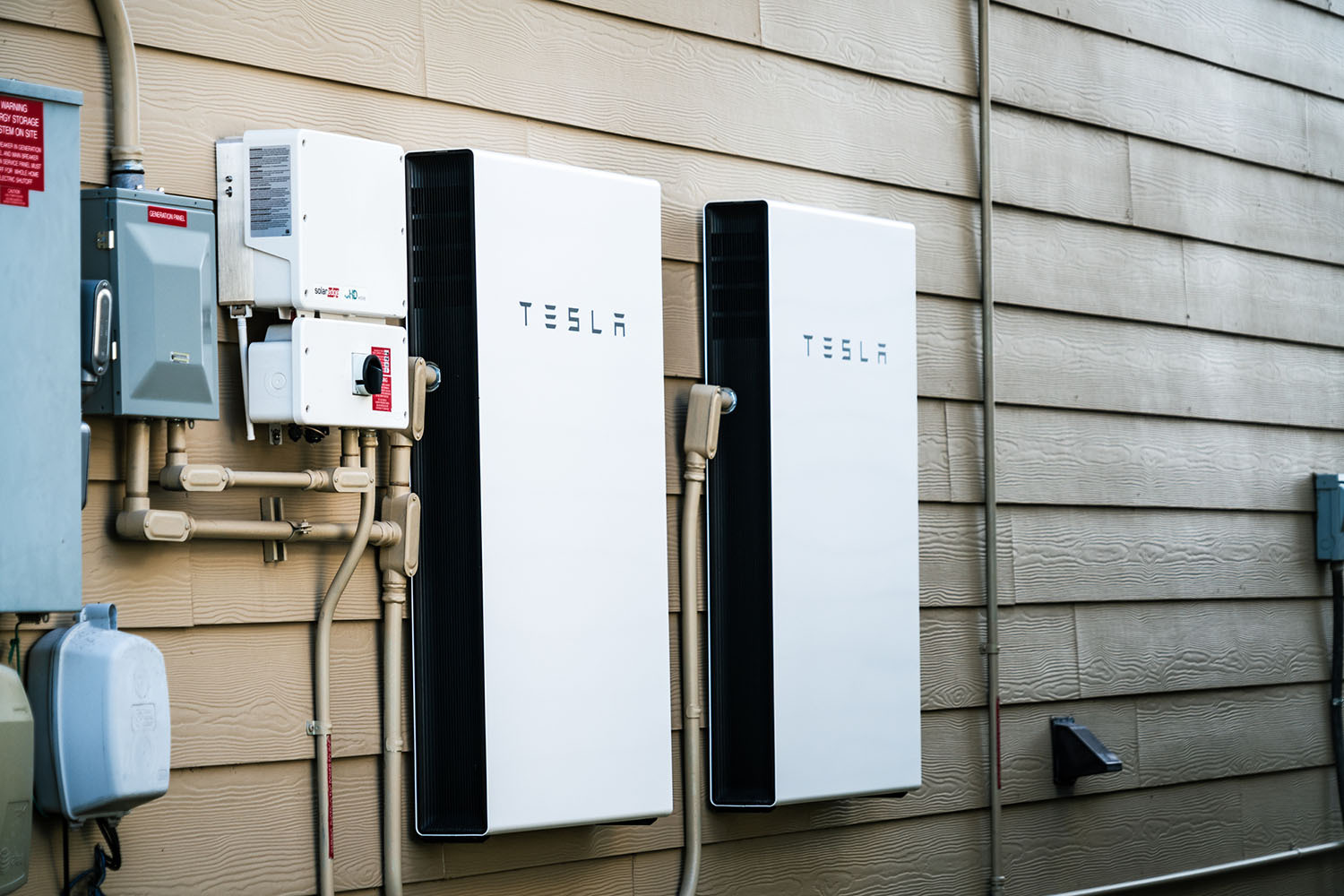 Important characteristics of a home battery

In addition to kWh-s, there are some other important numbers to look at when searching for a suitable battery.

Roundtrip efficiency – this shows you how much of the stored energy can be used again and how much will be lost to heat in the battery.

Cycle life warranted – the number of cycles that the manufacturer gives warranty for. By the time the battery reaches this, it will have lost about 70% to 80%, but might still continue to work with reduced capacity.

Number of phases – if your house has a 3-phase electricity system, instead of a standard 1-phase battery, you could also have a 3-phase connected inverter-battery. A 3-phase system can also provide back-up power for 3-phase appliances (like a wallbox), but this is possible only with DC coupled batteries and is obviously a more expensive version.

What’s your household carbon footprint? Find out with Zerofy.

There are two types of battery-inverter combinations. First is an AC coupled set-up that could be very easily integrated to your existing solar system. These solutions have the inverter, controller, battery, and battery management system as a set, and can even be integrated into the same enclosure. Some examples of AC coupled systems are the Tesla Powerwall+ and Sonnenbatterie. The advantages of these systems are that it is easy to integrate them with existing grid-tie solar set-ups, and the installation process is easy. Also, as there are two inverters, there is more power temporarily available. The disadvantage is a higher loss in DC-AC-DC conversion as there are three conversions necessary before the solar energy is consumed (roundtrip efficiencies above 90%).

Another design option are DC coupled systems that increasingly use high voltage batteries coupled with hybrid inverters. These systems can utilize DC-DC converters and therefore reduce losses for conversion (roundtrip efficiencies more than 95%). A disadvantage of these systems is that it might be more complex to set-up the back-up supply in such a system. These systems are offered by all of the biggest solar inverter producers like Sungrow, Huawei, SMA, and Solaredge.

In case you already have solar panels and do not plan to add additional ones, an AC coupled system might be an easier and faster solution. If you are just getting started with solar, a DC coupled system can be preferable due to higher efficiencies.

Virtual power plant (VPP) companies are aggregating a lot of home batteries installed countrywide. They have agreements with local grid or system operators for supporting the grid during peak consumption periods and offering additional ancillary grid supporting services. To do this, they switch on and off the batteries (and also production and consumption units) at their customers’ sites. Battery owners can earn extra income from supporting the grid with peak power when needed. Some of the prominent VPPs in Europe are Next Kraftwerke and sonnen. In the US, Tesla has VPPs in California and in Texas.

Tesla was one of the early starters of home batteries with their famous Powerwall and produces now its successor Powerwall+. The latter utilises lithium nickel-manganese-cobalt chemistry and has liquid-cooling that makes it unique in home batteries selection.

BYD is offering with it’s Battery-Box Premium HVМ series a lithium-iron-phosphate batterie that is capable of High-Powered Emergency-Backup and Off-Grid Functionality. It is easy to add additional battery modules as the system design is modular.

Huawei is offering its Luna series lithium-iron-phosphate batteries in 5 kWh modular design (scalable up to 30 kWh).

How much electricity does a solar panel produce?

Wallbox EV Charger: How to Choose the Right One

kWh vs. kW: what’s the difference?

Zerofy Shared Solar: A way to add to your existing solar portfolio

The electrification of everything: opportunities in the decarbonisation of energy production and storage