How much electricity does a solar panel produce? A summary of key facts for solar 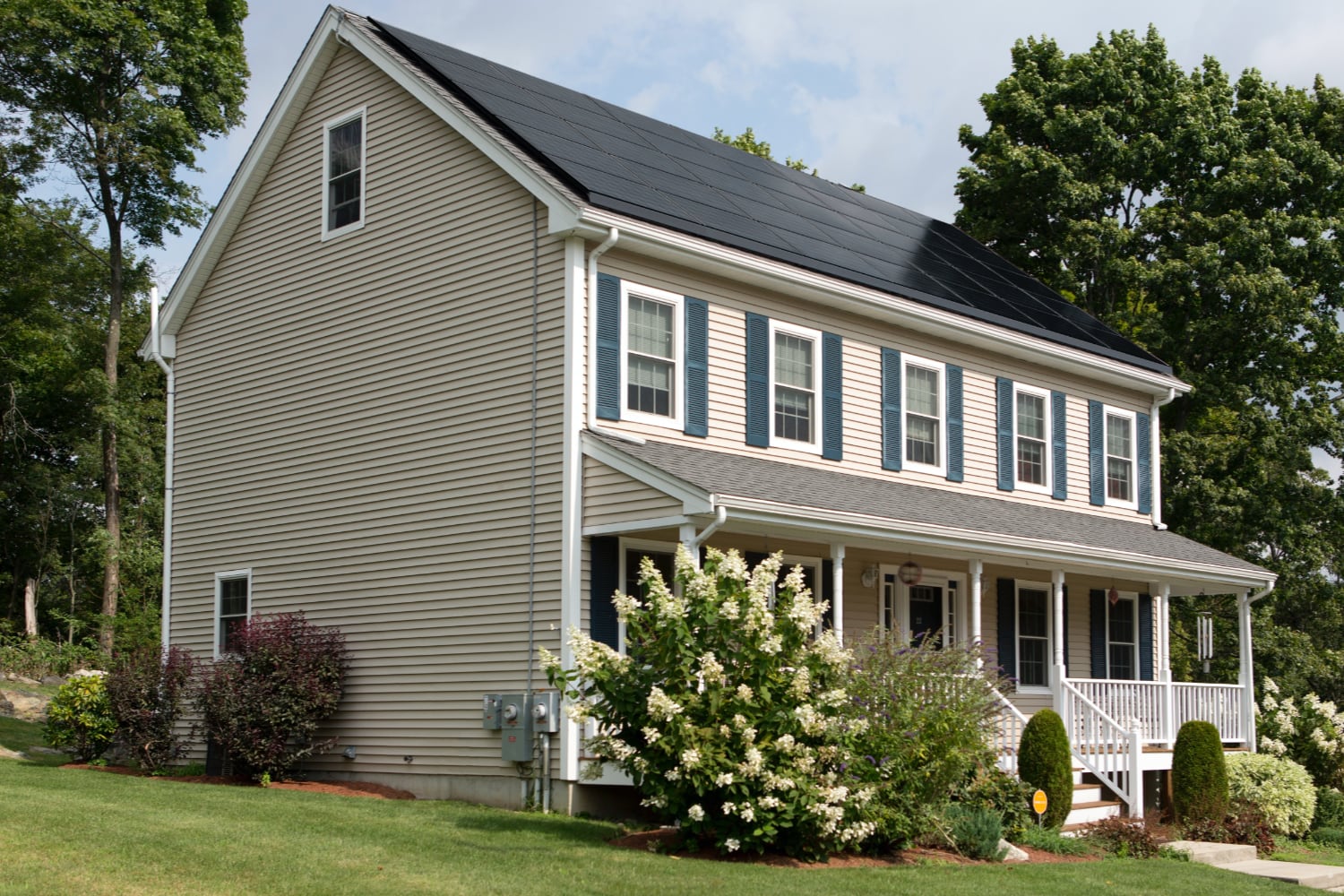 Photo by Vivint Solar for Unsplash

Of course, solar can also be installed at utility-scale in large solar farms, which results in increased (cost) efficiency compared to rooftop installations. Either way, solar will be a crucial part of the future energy system, which provides low-carbon electricity at low cost and free from fuel-supply dependencies. And the current energy crisis in Europe and Russia’s attack on Ukraine have even further accelerated demand in residential solar energy.

In this post we summarize a few key terms and numbers about solar power installations which should make it easy for newcomers to understand such systems, but also provide a good “cheat sheet” for folks with some experience.

What is kilowatt-peak (kWp)?

Kilowatt-peak refers to the maximum power a solar system can deliver under best conditions. (At full exposure to sunlight at the best angle and at cold temperature). The unit kWp is typically used to describe the size (or capacity) of the solar installation. It is defined by the area covered with panels and the type of panels used. Note: often kWp is just simplified to kW, meaning kWp and kW are used interchangeably in the context of solar installations. (You may hear “I have a 5kW solar system installed on my roof.”)

How much power does a single solar panel produce?

What are the dimensions of a solar panel?

Historically typical panel sizes were 1.0x2.0m or 1.6x2.0m. Nowadays the panel sizes can vary from 1.6x2.0m to 1.2x2.3m. The panels are composed of solar cells, with larger panels having more cells (typically panels have 60, 72 or 144 cells). It depends on the roof size and shape, which panels are optimal to use.

How much electricity does one kW (kWp) produce in a year?

The amount of electricity (energy) produced per installed capacity is defined by its size and the duration it is receiving sunlight. Consider a 3kW (or 3 kWp) system exposed to full sunlight at perfect angle for 2 hours at noon: this will produce approximately 3kW * 2h = 6 kWh of energy in those two hours. In the morning and evening the light is less direct and production is lower, and obviously at night there is no production at all.

Solar panels produce most when it is cold and sunny, each extra degree means less production. The production also depends on the hours of sunlight per day, and seasonal patterns. There are tools available for estimating the potential for solar electricity production for any location on earth.

If you want to have just a few simple guidelines, you can go with the following for the yearly energy production per installed kWp:

As you can see the difference between Central and Northern Europe for yearly production is not as big as one might assume. But of course the further South you move, not only does production increase, it also becomes more evenly distributed over the year.

In summary, a very simple ballpark number for Central Europe is: annual production of 1000kWh per installed kW.

How much energy does a square meter of solar panels produce?

For our reference cities, a 1 square meter panel area could produce from 200 to 364 kWh electricity annually. (That’s about 10% of the annual general electricity need of a European household.)

How much solar do I need to install to cover my yearly electricity needs?

A typical household in Europe uses approximately 3000-4000 kWh of general electricity per year. This means (based on the production numbers from the previous question) a system between 1.5kWp and 4.5kWp would be required to cover the household’s yearly electricity need, depending on location and yearly consumption. (Or in square meters: 8-20m2 of solar panels).

What is the cost of installing 1kW (1kWp) of solar?

Ground-mounted solar can be less than 1000 Euro per kWp.

What is a (solar) inverter?

A solar system on a roof needs to be connected to the electrical system in the house and to the grid. This is where the solar inverter is used. An inverter is a device, which converts the direct current (DC) produced by solar panels into alternating current (AC), which is used in the (low voltage) electrical grid and consumed in households. An inverter has a certain maximum power it can support (e.g. 10kW). Note that the solar system connected to an inverter is in practice often a bit overdimensioned. For example, a system that has a 10 kW inverter might have 13 kW of solar panels “behind” it. Maximum AC output that the system can produce is in this case limited to 10 kW.

We hope these data are useful to get started with solar or can serve as a reference. And maybe you’re also interested in our Zerofy app, which simplifies a low carbon lifestyle also with tipps and actions beyond switching to solar energy.

(The app is currently available in the countries DE, CH, AT, SE, and EE. You can join our waitlist for countries outside this area.)