Efficiency for the Win: Tesla's Model Y is our EV of the Month

We’ve already covered some pioneering EVs in Zerofy’s EV of the Month series, including the Nissan Leaf and the BMW i3. But the elephant in the room when it comes to market-defining EVs are of course Tesla’s Model S, Model 3, and the Tesla Model Y, our pick for EV of the month in October. While you may think this is not the most creative choice, hear us out: there are good reasons why the Model Y has been such a sustained and dominant choice.

Even just within Tesla’s offerings, the Model Y has been a defining car. Globally, the Model Y is the top selling electric vehicle, and this year its sales put it on pace to be among the top five best-selling vehicles, EV or otherwise, in the world. Considering it has only been on sale in the US since 2020, and China and Europe since 2021, this is a stunningly fast EV success. The Model Y is also considered by many as an instrumental factor in helping Tesla turn its first annual profit in 2020, and in helping it survive. And, at Tesla’s annual shareholder meeting in August 2022, Elon Musk claimed the Model Y will be the best selling vehicle globally from a revenue perspective this year.

The success of the Model Y can be explained by it being a close to perfect electric compact SUV, and we expand on the specs and great features further below.

The car is available as a 5 or 7 seater version (but only in the US so far) in a compact shape, which makes it a perfect family vehicle. It also features good trunk volume and the typical Tesla frunk front trunk, allowing for maximum total cargo volume with driver and front passenger of 2158 L and a maximum total cargo volume with 5 passengers of 971 L.

Compare the Model Y to other EVs?

The Model Y has insane efficiency, and efficiency matters

Why is efficiency so important? First, high efficiency increases range. This also means that the car can be built with a smaller battery compared to less efficient vehicles with equal range - which has a positive impact on vehicle cost, as the battery is the most expensive part of the car. Second, charging speed: In the end when you are considering charging, the right metric to focus on is not how many kWh per minute charged, but how many kilometers of range are added per minute. If a car is very efficient, you add more range per minute at equal charging power. Some big cars achieve range and charging speed simply with huge batteries and extremely high charging power like the Porsche Taycan, Mercedes EQS, or NIO ES8. But Tesla really wins at efficiency using smaller batteries, which is somewhat ironic given that Tesla is the company that began producing modern EVs with large batteries.

There are several reasons that the Model Y is so efficient, including a type of motor that is very efficient and a very aerodynamic design (low drag coefficient, Cw of 0.23).

The Model Y is also the first Tesla model that was produced with a heat pump. Colder weather for EV drivers means contending with a reduced range, and heating the inside of the car can contribute to this. Most EVs use resistant heating for the inside of the cabin, but it is energy-intensive and means there is less electricity available from the battery to power the car. Heat pump technology can actually be used in EVs to keep passengers warm and not draw tons of energy from the battery (learn all about heat pump technology here). One source estimates that the heat pump can save 7-30% of the range lost during cold weather.

This efficiency combined with its space and the supercharging network makes the Model Y a fantastic road trip vehicle, even in more challenging conditions like mountain or winter driving. Zerofy’s Co-Founder recently took a road trip in a Model Y, and you can learn about his experience here.

Another important innovation in the Model Y is its use of lithium iron phosphate batteries (LFP), which is a type of lithium-ion battery using lithium iron phosphate as the cathode material. This is in contrast to the most common lithium-ion battery types which use different oxides as the cathode. (It’s important to point out that right now Tesla uses the LFP battery only in vehicles produced in China.)

Some of the benefits of LFPs:

LFPs have lower energy density than other common lithium-ion batteries, but in combination with a highly efficient drivetrain (as described above) this disadvantage is compensated for.

The Model Y is manufactured in four locations: USA (Fremont and Texas), China (Shanghai), and most recently in Germany (Grünheide, close to Berlin). The exact configurations of the cars differ by manufacturing location. For example, LFB batteries so far have been used only in Chinese models (shipped to Europe, too), and there is ongoing speculation if LFP batteries will be used in the Grünheide plant or not. Very recently Tesla announced new colors, which are exclusive to models manufactured in Germany.

The Tesla Model Y is not only an incredibly popular EV, but it is also full of innovations and sets itself apart. We think it is a well deserved vehicle of the month. 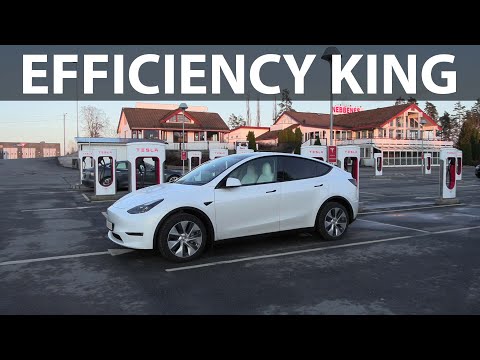 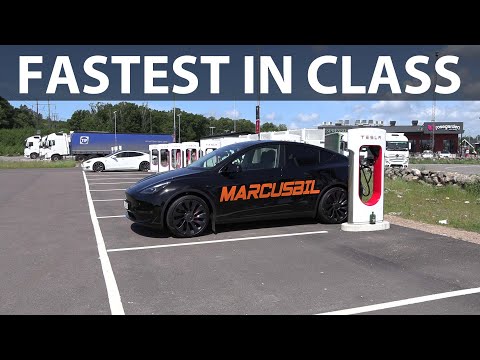 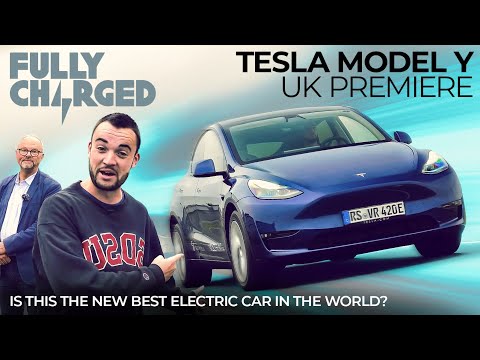 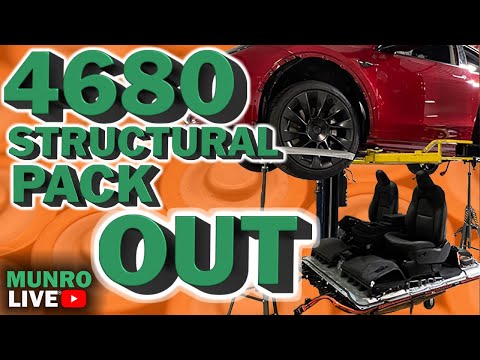