Battery swapping! The NIO ES8 is our EV of the month for August 2022 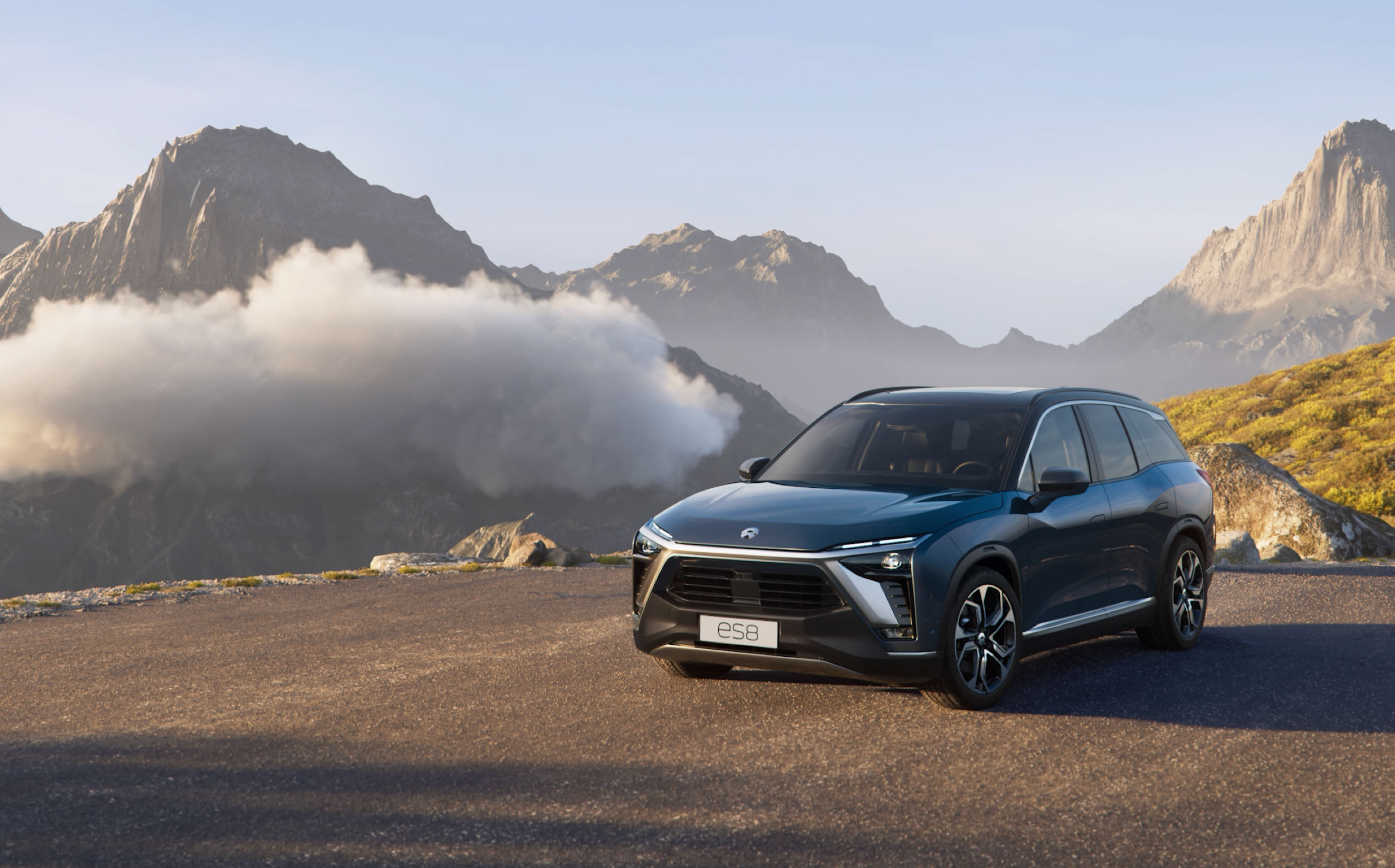 Photo by NIO for NIO Press

Our EV of the month is noteworthy due to several reasons: it’s large. It’s from China. It features some very innovative technology. Ladies and gentlemen: the NIO ES8.

NIO is a Chinese company and was founded only in 2014. The company was initially active mainly in China, but in 2021 entered the Norwegian market in 2021 and announced expansion in Germany, Denmark, Netherlands and Sweden for 2022.

NIO’s first vehicle was the EP9 sports car launched in 2016. The company currently has 6 production models on the market, including the ES8, which was first released in 2018.

The NIO ES8 is a 3-seat row 6 or 7-seater SUV with a length of just above 5 meters. With that it is comparable to the Tesla Model X in size. It also features significant trunk volume (aproximately 1’900 liters) and generally spacious interiors. The price for the NIO ES8 starts around EUR 60’000.

The vehicle comes with several battery variants up to 100kWh, one of the largest batteries on the market. However, given that we’re talking about a giant car, the large battery is needed to reach significant range. Overall the car is pretty thirsty with a real-world efficiency measured at 221 Wh/km or 300 Wh/km at 90 and 120 km/h speed, respectively. The real-world range of the Nio ES8 was tested at 397km and 293km at 90 and 120 km/h speeds, respectively. Both range and efficiency are better than the Audi e-tron 55, but far from a Tesla Model X, which reaches 520km range at 90km speed.

The vehicle is equipped with numerous digital features, for example an “embodied” digital voice assistant (called Nomi Mate) sitting as a little rotating head on the dashboard. 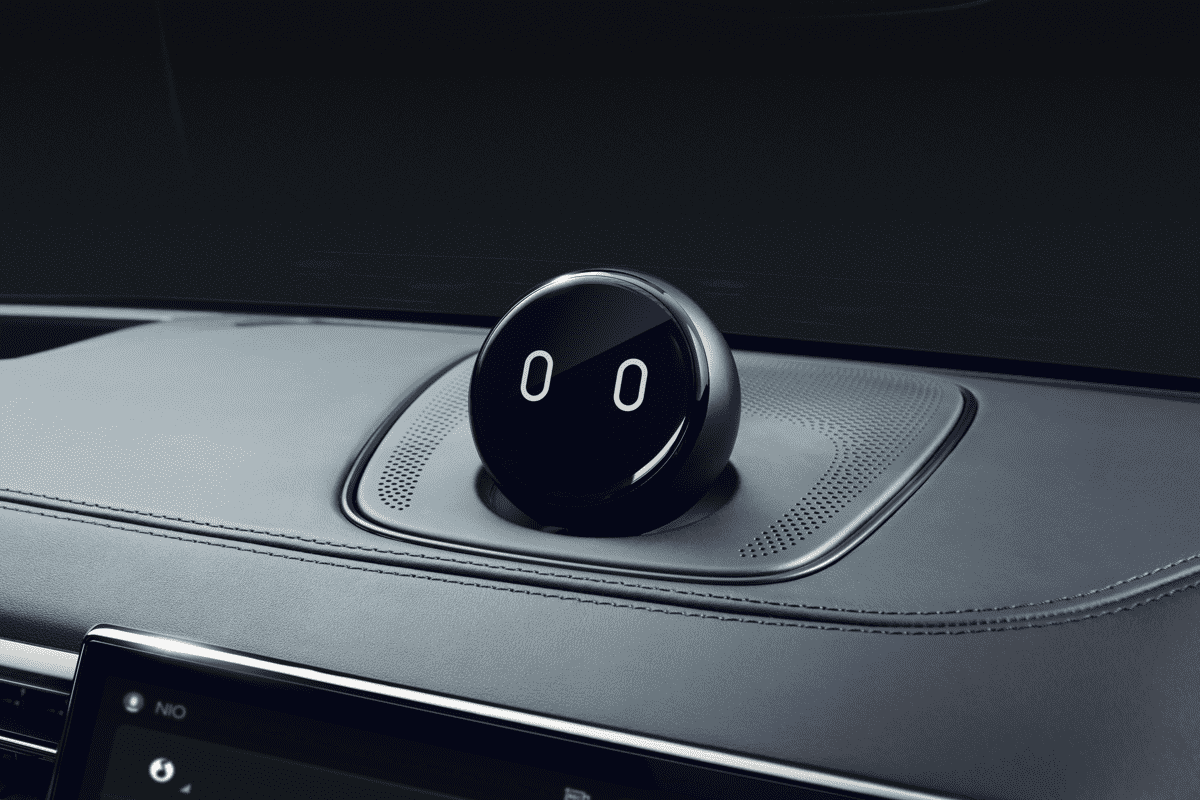 One of the most interesting features of the NIO (and the primary reason to make it our EV of the month) is its battery-swap technology. With battery-swapping, instead of charging the vehicle’s battery, the battery is simply swapped with a fully-charged one.

There are “swap stations” and each station holds more than 10 batteries, which are charged while stored in the station. The battery swapping process happens fully automatic and takes approximately 5 minutes. During the process, the battery is unscrewed, removed and stored in the station, a new battery is pulled from storage and lifted up, and finally screwed to the car.

The video below demonstrates the process in action at a Norwegian swap station:

NIO started to roll out its battery swap station network in China in 2018 and just recently installed its 1000th station and completed over 10 Million(!) battery swaps.

NIO also opened its first battery swap station in Europe this year in Norway, and added a second one also in Norway this month.

A couple of weeks ago Bjørn Nyland simulated a 1000km drive using the ES8 and battery swap, and compared it to (his regularly tested) 1000km driving with standard electric cars using fast charging.

The result was that the NIO was (with 9 hours) faster than any other electric car and on par with a gasoline car. However, the best result for an EV with DC charging on the road (Tesla Model 3 Performance) is only 15 minutes slower at 09:15, and the fastest (albeit compact) SUV the Tesla Model Y at 09:45. (It should further be mentioned that maximum speed in Norway is 110 km/h, and swapping may play out its true advantage at higher speeds.)

A history of battery swapping

Battery swapping is a fascinating and even slightly controversial technology. Interestingly, already in 2008 a startup called Better Place got to fame with its grand vision to build a battery swapping network to tackle the EV charging and range problem. (In 2008 charging took much longer than today, and batteries were smaller and expensive.)

In 2014 Tesla also announced a public trial with a battery swap station in California, but shut down the program in 2016.

Over the coming months and years it will be interesting to follow how battery swapping vs DC fast charging develop:

In any case the rate of development in technologies for a low-carbon lifestyle is amazing and exciting! If you’d like to stay up-to-date on those, please consider downloading our carbon emission tracking and reduction app or following Zerofy on Twitter, LinkedIn, and Instagram.