Is there enough electricity for electric cars? 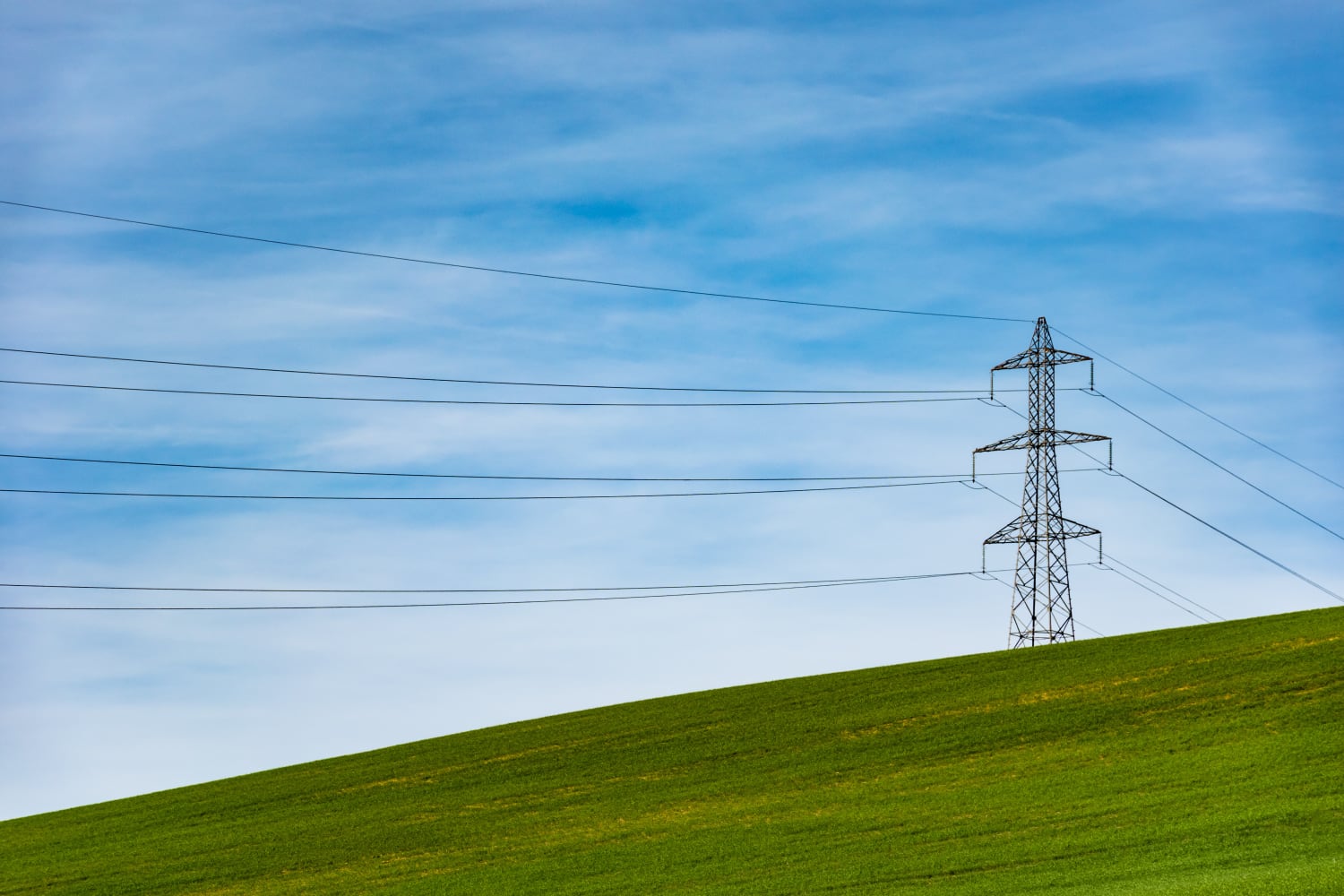 Photo by Thomas Despeyroux for Unsplash

One of the most common questions (or worries) about electric cars is if there will be enough electricity to power all cars, if they were electric.

In this post we summarize the additional amount of electricity needed assuming all cars were electric and put it in relation to the total electricity produced today. We show the analysis for various countries including Germany, the United States, the UK etc.

How to do the calculation

Luckily it is really easy to estimate the additional amount of electricity needed for electric vehicles, as most countries publish detailed and accurate statistics on total (fleet) kilometers (or miles) driven and also on electricity production.

The only additional value we need is the amount of energy (electricity) an electric car consumes per driven distance. This is typically expressed in kilo-Watt-hours (kWh) per 100km or Watt-hours per km (Wh/km). This is similar to liters per 100km or miles-per-gallon for fossil cars. Our EV database reports these values for various popular brands of electric cars. A typical average value is 200 Wh/km (respectively 20kWh per 100km). A Tesla Model 3 consumes even only approximately 170 Wh/km.

The formula to get the electricity used by the fleet per year then simply is:

Finally, since there is some energy loss while charging we assume charging to be 90% efficient on average and factor in that 10% loss in the total electricity needed.

The figure below shows the results. As can be seen for most countries the additional amount of electricity is somewhere around 10-25% additional electricity compared to today’s production if all cars on the road were immediately electric. This is less than what most people typically assume or guess) 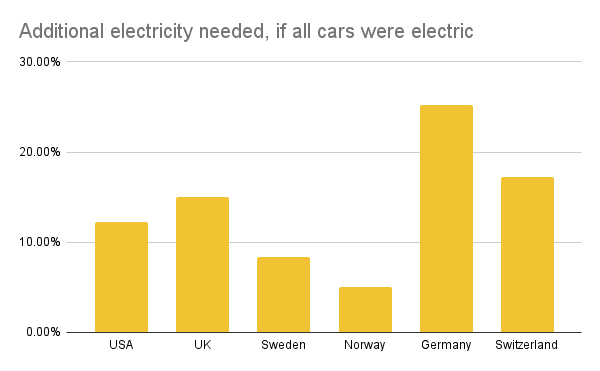 We also share the calculation in a Google sheet along with all the sources for the numbers.

As called out above, a 14% on average increase in electricity needs across selected countries is less dramatic than what most people would assume. Furthermore, the change is gradual as the vehicle fleet gets electrified slowly, maybe over the next 20 years or so. In fact, we may not need to even produce all the additional electricity to cover an amount such as 10%, since electricity saving (with more efficient appliances, load shifting etc.) may allow for simply utilizing the currently available electricity more efficiently. (On the flip side, EVs are not the only additional electricity consumers: further electrification is happening in heating and cooling with heat pumps, in cooking etc.)

It’s also important to understand that the primary energy need (the total energy need of a country across all fuel types) will be reduced through electrification. In other words, for electric cars we won’t need the same amount of energy in form of electricity as is used for cars today with gasoline, because EVs are more efficient. The EV consumption of 20 kWh/100km would correspond to 2.1 l/100km (112 MPG) for a fossil car based on gasoline’s energy density.

In summary: electric cars are very efficient, and this leads to a relatively small additional amount of electricity production needed to power all electric vehicles. As transition to electric cars is not sudden, there is enough time bo build out additional green electric capacity and increase electricity saving, while the vehicle fleet migrates to EVs.

If you’re interested in understanding the carbon impact of switching to an electric car, we suggest you try our app, which allows you to track all your drives and associated carbon emissions specific for almost any vehicle model:

 Get our mobile app

P.S. If you’d like us to expand the numbers in the table to other countries (or you’d like to help with that) send us an email.